My father in law is retired from the Arizona National Guard. He flew for decades. He loves flying. To this very day he still flies when he gets the chance.

The Guard in Tucson flies the General Dynamics F-16 Fighting Falcon, one of the deadliest, most capable aircraft ever produced in defense of our nation. I wondered, with all the raptor names available – hawk, eagle, raven, harrier, even vulture – why did it get designated the falcon? 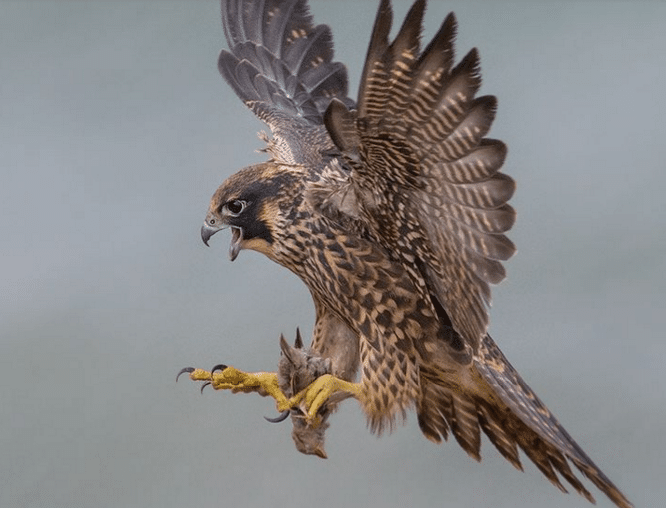 As it turns out, the falcon is a spectacular bird. It is fierce, fast and terrifying, especially if you are another bird. In Southeastern Arizona, we have two main species of falcons, peregrine and prairie, a quick study of which makes it obvious why they share their name with a jet fighter. 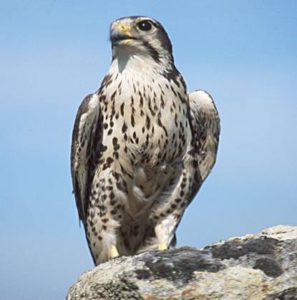 The prairie falcon has specifically adapted itself to thrive in our desert conditions. Like its owl cousins, it does not make a nest, rather it utilizes embankments and indentations in the face of  cliffs. This type of nest is called a “scrape”, as it lacks the traditional stick components of what most people consider to be bird nests. This bird will also vary its diet during the year. Summer and spring mean more rodents and reptiles, as they are active and moving around. When fall and winter arrive, the prairie falcon will switch to majority avian diet. 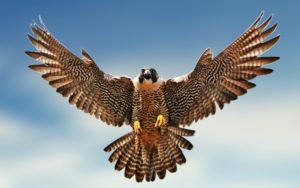 The peregrine falcon is the fastest animal on the planet. In dives, it has been clocked at 242 miles per hour. Not surprisingly, this is also the bird’s favorite method of hunting. It will circle at high altitudes, identify prey and then dive out of the heights, called a “stoop”, in search of prey. Often it is the sheer force of the impact that will kill the bird the falcon is pursuing. It is estimated that this falcon’s diet is 75-99% birds.

All the other birds are prey to a falcon… no wonder we named one of our best fighter jets after the falcon.