8 Most Common Bugs and Pests In Arizona 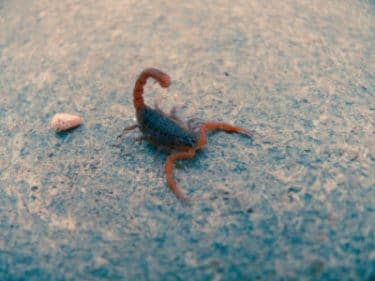 The Tucson area is home to many of the same household pests that plague much of the United States. In addition, the desert environment makes it an ideal place for pests such as tarantulas and scorpions. At University Termite & Pest Control Inc., our Signature Service packages include treatments for many of the most common pests, while add-ons are available to meet your unique needs. Here is what you should know about some of Arizona’s most common pests (click on images to learn more about each pest).

Most of Arizona sits on top of one of the most active subterranean termite belts in the United States. These termites build massive colonies underground that can contain more than 2 million individual termites. They use mud and debris to build tubes that allow them to reach above-ground wood, including that in your home. Subterranean termites are one of the costliest pests in all of Arizona.

Arizona is also home to drywood termites. They travel inside infested wood and do not require a great deal of moisture. These termites can go undetected for a long time, until dry bits of wood begin to overflow from their tunnels inside the wood.

Ants are a major problem throughout the United States, and Arizona is no exception. Among the most damaging are fire ants, which have a painful sting, and carpenter ants, which tunnel into damp wood to build their nests. Although they do not eat wood, carpenter ants can wreak havoc in moist areas such as bathrooms and kitchens. Learn about three species of ants known to infest homes in the Arizona area and the steps you can take to combat their infestations.

Many different species of cockroaches live in Arizona, and all are known for their ability to carry germs. Of the five most common cockroaches in Arizona, two primarily make their homes indoors—the German and American species. They are extremely hard to get rid of, as they eat not only human and pet foods, but also such materials as leather and glue. Other types of cockroaches can enter your home through drains, cracks, and other spaces, including the Brown Banded Cockroach.

Tarantulas and Other Spiders 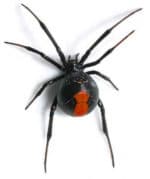 Tarantulas do not often enter homes, except as pets, but are frequently spotted outdoors throughout the Tucson area. They are not dangerous, but their bite can be painful and many people are afraid of their large size. Numerous other types of spiders make their homes inside human habitats. Most are harmless, but Arizona is home to both the black widow and the brown recluse. These spiders have dangerous bites, making it important to seek medical treatment right away.

Read How To Identify The Three Most Dangerous Spiders In Arizona

All scorpions are considered venomous, though most have a sting no worse than a bee sting. Still, most people do not want them in their homes! However, the smallest Arizona scorpion is also the most dangerous—the bark scorpion. Only about 2 to 3 inches long including the tail, bark scorpions inject a highly toxic venom that causes intense pain and, in some cases, breathing difficulties and even convulsions. Swift medical treatment is always recommended for a bark scorpion sting.

More than 25 species of ticks live in Arizona, although the average human will come into contact with only a few. The brown dog tick is the most commonly seen inside homes. While their preferred hosts are dogs, these ticks will also feed on humans. They can carry Rocky Mountain spotted fever, a potentially dangerous disease that should be treated with antibiotics as soon as possible. Lyme disease, a major problem across much of the United States, is extremely rare in Arizona, as the ticks that carry it are not well adapted to the dry climate.

Bees and wasps are quite common in Arizona, especially during the summer months. Some are solitary, while others live in large colonies. Although they are generally more annoying than frankly dangerous, allergies are not uncommon. In addition, so-called killer bees are more aggressive than other types of bees and tend to attack in swarms.

Bed bugs have become a major problem in homes, hotels, dorms, and other places where people gather across the United States. They are not considered dangerous, but can cause an extremely itchy and uncomfortable rash. They are quite difficult to eradicate, and tend to hitchhike from place to place.

University Termite & Pest Control Inc. is highly familiar and experienced with ridding homes of these and other common Arizona pests. We will inspect and assess your home, and develop the individualized treatment protocol that is right for you. Learn more about our Pest Control Services.