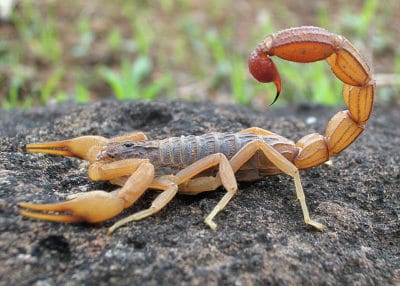 You may never see a scorpion, but if you move to, or visit, Arizona, it’s good to learn some information about these arachnids. Arizona is home to over 30 different species of scorpions, but, the most venomous is the Arizona bark scorpion. Following are 19 facts that you probably never knew about scorpions. And following that are some more specifics about the Arizona bark scorpion that set them apart.

They are the only scorpion that:

Bark scorpions can enter tiny, 1/16th-inch cracks in homes, and because they can climb, they are often found hiding on ceilings, or behind curtains. Effective scorpion control in Arizona often requires professional intervention from specialists who remove the scorpions present and eradicate their food sources from every area of your property.