Zika Virus: What We Know So Far 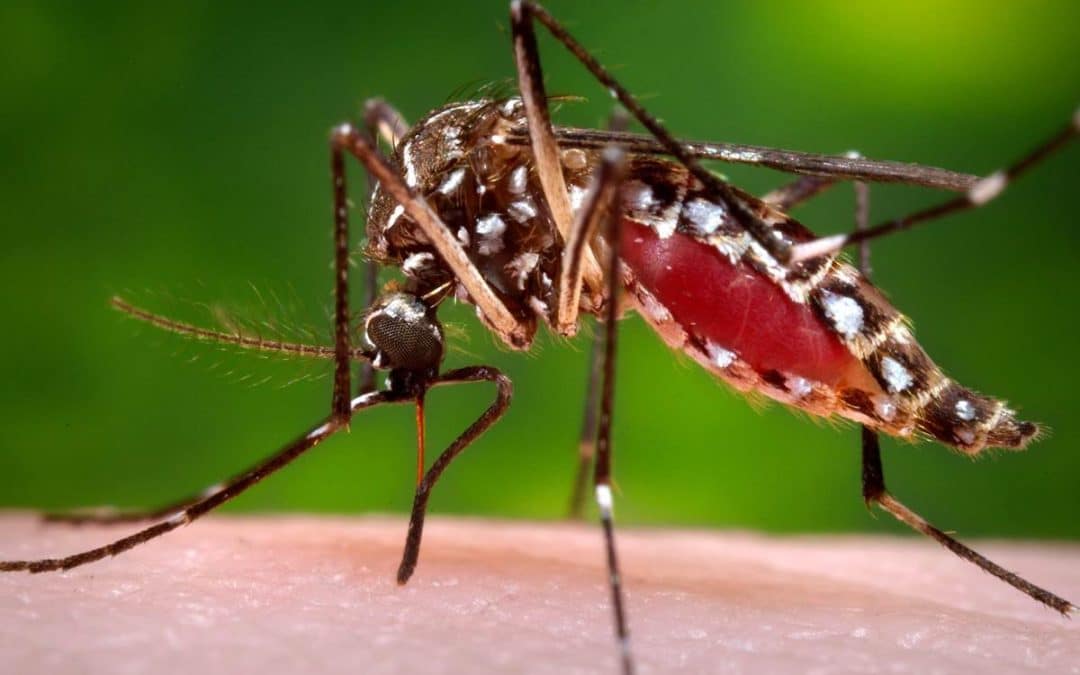 The once relatively unknown Zika virus was first identified in 1947 in Uganda by researchers studying yellow fever in monkeys. The first known human infection was detected in 1952. For the next 55 years, it remained quietly confined to Africa and Southeast Asia. Infections were rare – less than 15 known cases during this period – and symptoms were mild in nature. The virus simply wasn’t a cause for concern.

During the spring of 2007 that all changed. The virus spread to Yap Island in the Federated Republic of Micronesia, infecting nearly 50 people. Symptoms were again mild, and included conjunctivitis, rash, and joint pain, and there were no deaths or hospitalizations.  The fact that this was the first time the disease was found outside its normal geographic fence, however, made the event newsworthy. How did this spread? To answer this question, we first need to have an understanding of how the Zika virus is transmitted.

The Zika virus is a member of the Flaviviridae family, which includes dengue and yellow fever, and is transmitted to human hosts by the Aedes Aegypti mosquito found in Africa and tropical and subtropical regions around the world. These mosquitos become infected when they bite an infected host, and then pass the virus on when biting another person. Exactly how this virus spread to Micronesia is not completely certain. Although infected mosquitos could have voyaged hundreds of kilometers, it’s also possible that an infected host traveling to the area transmitted the disease to a local mosquito, one that happened to be the very vector needed to create conditions suitable for rapid transmission.

In 2013, the virus travelled 5,000 miles from Yap Island to French Polynesia. This time it exploded. Between October of 2013 and April of 2014, some 20,000 people sought treatment for suspected Zika. In addition to the milder symptoms previously associated with the disease, mouth ulcers were also reported. The area also saw a significant rise in the neurological condition Guillain-Barre, where an average of 2 cases a year jumped to 42.

By the spring of 2015, an outbreak of a rash-causing illness began to spread across northeastern Brazil. The 7,000 cases reported between February and April were initially thought to be other diseases such as dengue, chikungunya, or measles. Thirteen percent of these cases tested positive for dengue, but testing for measles and chikungunya at the time yielded negative results. Brazil’s public health ministry then switched its focus to Zika, confirming the disease’s presence in May. The virus has since become an epidemic, and by April 2016, an estimated 1.5 million Brazilians had been infected at some point since Zika’s arrival. And it’s only continuing to spread.

This sudden spread may, at first, seem unremarkable. Most people infected by Zika will not experience any symptoms whatsoever. In fact, it’s estimated that 4 out of 5 infected people will not even know they have the disease, which normally leaves the body within in 2-7 days. However, In October of 2015, Brazil reported a huge spike in babies being born with abnormally small heads. Within weeks, these birth defects were being linked to the virus. Since then, the country has seen over 4,000 new cases of this disorder, called microcephaly—up from an annual average of 150. The CDC recently confirmed that this disease is “the cause of microcephaly and other severe fetal brain defects.”

Since March of this year, over 30 countries and territories in the Americas have reported infected mosquito populations, and as of June 1, the CDC has confirmed 618 human infections in the United States. Although these cases are strictly travel-associated, the U.S. is home to the very type of mosquito that can become infected with the virus. With no vaccine available, the concern over a major outbreak here at home is very real. While it’s possible for Zika to become endemic within our own mosquito population, many of us in the United States tend to favor cooling off in an air conditioned room versus leaving windows and doors opened during the hot summer months. This tendency, in combination with local and individual mosquito control, such as eliminating standing water, can help minimize contact with the pest and hopefully keep outbreaks contained. 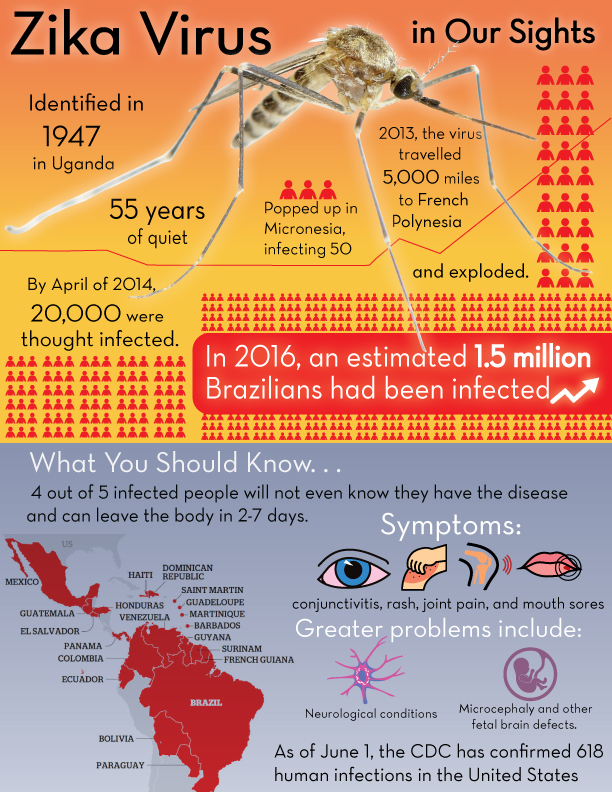