What Time Of The Year Do Scorpions Come Out To Play In Arizona? 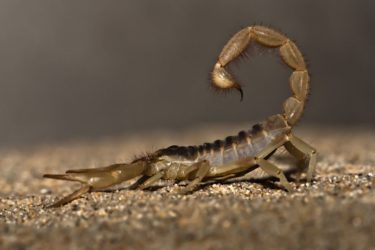 Is It Scorpion Season In Arizona?

Scorpions are a familiar sight for homeowners in Tucson-area communities. Unlike other pests, they are much more than just a nuisance. They are tiny, yet dangerous arachnids. Their stings pose a real threat to children, adults, and pets. Scorpions have a very distinct seasonal activity cycle. It is beneficial to know when they are most active and likely to seek shelter in your home or in your yard.

Scorpions are least active in January and February. The sensitive metabolic process of scorpions responds to the temperature change and they will enter a state of diapause, or dormancy, that will allow them to conserve their energy for warmer weather. Scorpions have a very low tolerance to cold. They will seek shelter during this time and will not be picky about where they find it. If they find shelter in your home, it will likely be in hiding places like ductwork or under appliances. They are only dangerous if disturbed.

Rising temperatures in March and April can awaken scorpions rather abruptly, and suddenly it seems like they are everywhere. Following the period of dormancy, they will be hungry and aggressive when seeking food. This may be the time of year when you have to be most careful both indoors and outdoors.

They may not venture very far from their wintertime lairs, so you should be careful in basements and attics. Children should also take care not to leave clothes on the floor of the home because scorpions are known to use this convenient shelter to ambush prey. Both children and adults should carefully check their clothes and shoes before putting them on if they have been left undisturbed for any period of time.

As May turns to June, the heat and humidity will affect scorpions much in the same way it does your pets. They will be more sluggish and want to stay in the shade. Their quest for cool places may lead them to areas of your home that offer cooler temperatures.

Late summer is the time when their activity increases significantly. Scorpions will try to gorge themselves on the bumper crop of crickets and beetles before cooler autumn temperatures lead them to hibernation. You should take care when working in the yard and warn your children to be vigilant when playing outside. This time of year, there is a marked increase in stings.

Have you spotted any scorpions in your Arizona home? Contact the professionals at University Termite and Pest Control today to discover our affordable pest control solutions.