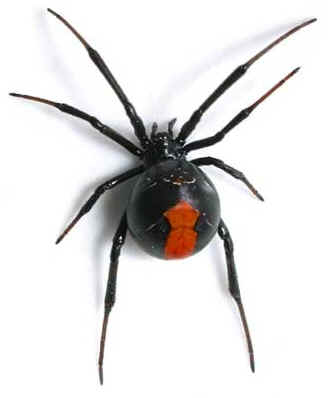 Arizona has a reputation for having lots of dangerous animals: cougars, bobcats, wolves, coyotes, snakes, scorpions, centipedes, killer bees and among other things, spiders.

Though there are many kinds of spiders in Arizona, relatively few are a real concern to people, and even fewer are really dangerous. It is true that all spiders can bite and that all have venom. Most do not have a large or strong enough dose of venom to do any significant harm. In fact, some of the most common spiders aren’t even seen or recognized by the average homeowner! (Read How To Identify The Three Most Dangerous Spiders In Arizona)

Patch spiders make half inch to one inch patches of webbing on stucco around exterior light fixtures and can be found on nearly every home in southern Arizona. Arguably, the most famous family of Arizona spiders, the tarantulas, have an undeserved reputation for ferocity and toxicity. The reality is that these gentle giants have a bite that is no more dangerous than a common bee sting, and a temperament that is so docile they are often kept as pets, handled frequently by their owners. The greatest danger presented by tarantulas is their habit of covering roadways after rainstorms during their mating season. This makes the roadways slippery, reportedly causing accidents.  Spiders are beneficial animals, feeding on other spiders and insects, many of which are considered pest species, like cockroaches and crickets.

Spiders use two different kinds of venom, depending on the species. One is a nerve or neurotoxin, and the other is a digestive enzyme. Spiders use their venom to disable their prey. Since most spiders feed on the juices of their prey, the venom helps to partially digest the disabled prey prior to feeding. Most spiders have some combination of the two venoms.

There are two kinds of spiders that really are dangerous and can frequently be found in and around homes. They are the Black Widow and the Arizona Brown Spider. Black Widows are the most well-known and common of these dangerous arthropods. Belonging to a group of spiders known as the cobweb spiders, they build messy, unstructured webs in cluttered areas, where they hang up-side down waiting for prey to become ensnared in the web. The females are fairly large, black with a globular abdomen. They are well known for the red, hour-glass shaped marking on their underside, clearly visible while they wait.  The males are smaller, brown with white stripes on their abdomen. Using neurotoxin venom, these spiders can be quiet dangerous and their bite has been known to kill humans.

The Arizona Brown Spider is most often mistaken for the Brown Recluse, which is not found in Arizona, though both spiders are closely related and are in the same family. Although resembling Brown recluse, Arizona Brown Spiders are slightly smaller with a less toxic dosage of venom, composed primarily of a potent digestive enzyme. The bite can result in a gaping crater like wound that continues to grow and refuses to heal. If immediate medical attention and anti-venom is not administered, the only effective treatment is to excise the skin around the wound or amputate the afflicted appendage. The result is permanent disfigurement and often a series of secondary infections. Bites to the face or to sick, injured, older or extremely young people have resulted in death. A hunting spider, Arizona Brown Spiders do not build webs, but can be found running on and around the exterior of homes. Brown spiders are identified by their brown color, long legs and a violin shaped pattern on their back, giving them the nickname “Violin Spiders.”

Both Black Widows and Brown Spiders are attracted to homes by clutter. Messy wood piles, unused equipment, crowded garages and sheds, unused vehicles and excessive weeds all contribute to the problem. If there are a lot of insects close to the home, they will further serve to attract and keep spiders around the home. Crickets and cockroaches attract both kinds of spiders, and flies will keep Black Widows well fed. Good sanitation will reduce these pest populations, and changing to yellow “bug lights” at night will help prevent attracting insects from the desert. A good, comprehensive pest control program will manage both spiders and the insects they feed on. Your pest control professional can advise you on additional steps you may take to keep you and your family safe from dangerous spiders.