You Really Do Need Pest Control In The Winter 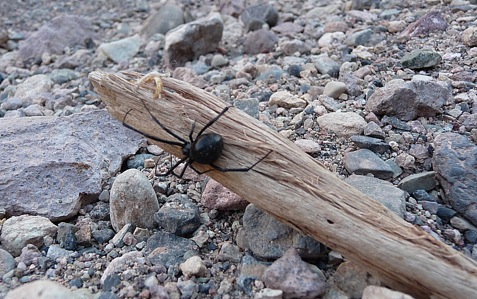 I was asked this question by a friend of mine the other day. “C’mon, really?” was the response when without hesitation I replied, “yes”. Now before you say to yourself, “of course you say that, you have to put food on the table those months too”, which is exactly what the cynical little voice in my head said. I want to share with you what happened over the weekend.

Many people wonder if they really need pest control in the colder months of December and January. The short answer is, yes! Of course, you may think I’m biased, but let me share with you what happened over the weekend at my house.

The weather has been sufficiently cold for us to dust off the fireplace, go out onto the porch and get some wood together for an old fashioned hearth of the home fire. As I have mentioned before, Stephan is my guy at University Termite & Pest Control. Lest any of you think that I am throwing him under the bus with this blog, he warned my wife and myself about the firewood on the patio, six feet from the front door.

Now this wood has been sitting there on patio for over 5 years. It was to the point when we first moved in this summer that I began to wonder if it was purely ornamental (nope, it burns great!). As I began to sort out the pieces that I would use that night, I first discovered a black widow spider living under one of the top logs. She was very healthy despite the cold. Deeper down I found a scorpion, also alive and probably stalking the black widow. Beneath that level I found an abundance of pack rat nest remnants – bits of barrel cactus, newspaper wrapping plastic,rubber bands and pack rat poop. At the level of my brick patio I found two centipedes and evidence that termites had been trying to make a meal of my firewood at some point in the recent past.

Stephan warned us that he could not treat the firewood, out of caution that we might burn it and inhale something nasty, so I do not blame him. I was prepared to run into some of these little pests, no there was no panic by myself (okay, the black widow did spook me a bit), but even through several freezes at my house, these guys were all still active and right by the front door.

It seems that it takes a lot more that cold nights and lack of crickets and cockroaches for spiders, scorpions and the like to take the winter off. If you let them be, they will have a head start going into next year. Don’t let that happen, make sure you have year-round pest control.