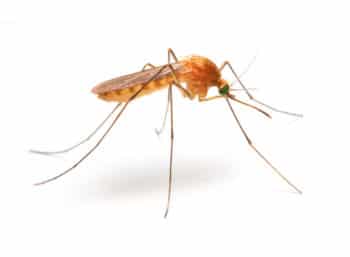 Mosquitoes and their Nasty Hitchhikers

Nothing can ruin a sunny day outdoors faster than any kind of pest. Intoxicated relatives or obnoxious neighbors aside, the mosquito often ranks as the most unwelcome visitor to just about every type of gathering. Not only are they equal opportunity hunters, their venom leaves an itchy and lasting impression. People, pets, even wild animals are vulnerable to the bite of this pesky predator. For years, mosquitoes have been treated more as an annoyance than a pest to be truly concerned about. With the introduction of new and a resurgence of older, familiar diseases, some of them deadly, being directly attributed to mosquitoes as their sole source of distribution and carriers, there is a new cause for concern circulating through our state. Despite the scientific and technological advances in the eradication processes of this pest, mosquitoes somehow seem to maintain an advantage. Not only are these pests becoming more dangerous to leave untreated and untouched, but it appears they are increasing in numbers. From a human population standpoint, this seems to be true.  As our communities expand, the increased water usage creates new breeding grounds for this pest, allowing their populations to keep pace right alongside our housing developments.

While there are several different specific species of mosquitoes that call Arizona home, keep in mind the common traits that all mosquitoes share.  The adult female is responsible for any, every and all mosquito bites.  Male mosquitoes do not feed on blood, human or otherwise. The entire adult male mosquito life cycle consists of emerging from the larval stage, mating, and then death. They do not live long enough to require sustenance. Females need blood to cultivate and feed their offspring. Nutrients derived from blood she ingests supports the rapid development of the eggs inside her.  After feeding for several days, she then locates a safe and sheltered place to lay her eggs.

Most of the mosquito species here in Arizona prefer stagnant water.  This immobile water perpetuates the growth of many different organic substances, which allows immature mosquitoes to develop with little interruption.  Some species prefer fresher, clearer water and much warmer temperatures, so females lay their eggs in areas flooded by our monsoon rains. This can create a scenario of Mother Nature inadvertently contributing to pest control. Once the eggs hatch, the larvae (wrigglers) need water to survive and to develop into adults. This process of changing from an immature larvae into an adult varies by species, but can take anywhere from 2-3 days up to a week. If the arid soil and elevated summer temperatures disperse the water supply before the larvae fully develop, the entire colony is doomed (see exception below). This is not, however, a foolproof method of mosquito population control. If you have lived in southern Arizona for more than one summer, you have experienced the unpredictability of our monsoons. It is safer to treat for and eradicate mosquitoes than it is to risk yourself or a loved one contracting the West Nile virus, or unwittingly contribute to the spread of Pigeon Fever.

Adult mosquitoes do not require water to survive.  They spend their days in bushes, grasses, low lying branches of trees and other areas that provide them with shade and protection. Dawn and dusk are when some species prefer to feed, in spite of the bats, spiders and other predators that feed upon them. Other species prefer to feed during daytime hours, as long as the wind does not prevent them from finding a host. Spring, summer and fall, the full moon provides mosquitoes with more time to hunt, the extra light extending the feeding hours to these pests benefit and hosts’ dismay. Most mosquitoes spend their entire life within 1 to 1 1/2 miles of the water source from which they hatched. Although a good windy day can remedy this and take a mosquito far from home, they prefer to stay in an area with which they are familiar.

There are 2 types of mosquito species that every Arizonan should be concerned with. The first is the Stagnant Water Mosquito, and the other is the Occasional Water Mosquito.

Culex tarsalis: This is the grand daddy of disease transmitters in the mosquito world. Capable of transmitting everything from parasites, human encephalitis or the West Nile Virus, to fleas and nematodes in dogs, this mosquito breeds primarily around surface water pools. They prefer bodies of water surrounded by established grasses and annual vegetation. Larvae develop in as little as a few days but can take as long as up to 4 weeks. This time frame greatly varies due to food supply and temperature ranges. Culex Tarsalis can have a large flight range if food sources for the adult females are scarce, although birds living or drinking from the pools provide a readily available source. This mosquito prefers to emerge to feed around dusk.

Culex quinquefasciatus: The southern house mosquito is found throughout the southern half of the United States. It prefers warmer climates for its’ breeding season. Females lay their eggs in small pools of stagnant water, often the filthier the better. This mosquito got its name from the fact that, being so diminutive, it easily enters homes and is so readily found there.  It is difficult to determine which is more annoying; the high pitch buzz they emit or the bite it leaves behind. The southern house mosquito transmits nematodes, strains of which cause canine heartworm. These mosquitoes are also responsible for transmitting viruses to humans, such as encephalitis.

Aedes vexans: This mosquito is found throughout every temperate climate the world over, making it one of the most commonly encountered biting pests. With the exception of Hawaii, Aedes Vexans is found in every state within the continental United States. Due to their voracious appetites and feeding habits, this particular mosquito is the species responsible for the most complaints when it comes to biting. They are also capable of transmitting several diseases, among them Western Equine and St. Louis encephalitis, along with the nematodes causing canine heartworm.

Psorophora columbiae: More commonly known as Dark Ricefield Mosquito, all females of this species are furious biters, day and night. Almost their entire life cycle is dedicated to feeding. The appetite of this particular mosquito seems to extend far beyond just developing its’ young. They feast on blood for the pure joy of feasting. Any warm-blooded host is acceptable, but they seem to prefer cows and other livestock. In fact, several well-documented studies involving cattle pertaining to weight gain and milk production show incredible, even alarming losses as a direct result of this mosquito. Psorophora columbiae is a large, distinctively dark-colored mosquito with white or yellowish markings in addition to speckled brown and white wings.

Aedes aegypti:  This mosquito, while not a native to Arizona, has recently been documented spreading into many populated areas in the southern parts of our state. What is even more alarming is Aedes aegypti is capable of transmitting potentially deadly diseases such as dengue and yellow fevers. Where this mosquito populated and thrives is in urban and suburban neighborhoods. Backyard containers and clutter that sits undisturbed for lengthy periods of time, such as tires, buckets, water cans, old cars, etc. offer ideal breeding environments for these mosquitoes. Standing water can be found in just about any yard debris, and this mosquito takes full advantage of every nook and cranny. Their larvae can mature into adults in as little as 10 days. An alarming biological fact about the larvae of this particular mosquito, unlike its’ Arizona cousins, is that if the eggs are deposited in moist soil but do not develop, can actually survive if their water source evaporates. The eggs can ‘cure’ and stay suspended for up to 5-6 months, hatching when the water source becomes favorable again.  If, however, the eggs are fully immersed and larvae development begins, if the water source dissipates, the eggs will wither and expire. Another special characteristic that separates this mosquito from all others is the lifespan of the females. A typical female life often spans several weeks, and unlike all other mosquitoes, this particular female of the species is capable of surviving and reproducing for several months, outliving any other type of mosquito. Pair that with their potential disease-carrying capability and it becomes easy to determine why this is one pest that deserves a visit from your University Termite and Pest Control Professional!