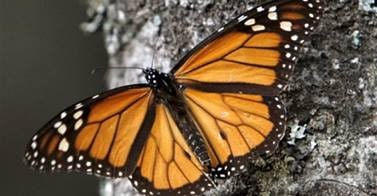 Arizona doesn’t get swarms of monarch butterflies migrating between their summer habitats up north and the mountains of Mexico where they spend the winters, but they are a dependable presence.

The Southwest Monarch Study, which enlists citizen-scientists to tag migrating monarchs in an attempt to better understand their migration, tags thousands a year.

“Where they come from is anyone’s guess, but they do fly in from the north,” said Gail Morris, coordinator of the Southwest Monarch Study. “We tag 2,000 to 3,000 every year. Imagine all those we haven’t seen,” she said.

This year, her group has teamed with Borderlands Restoration to grow native, pesticide-free milkweed varieties in a greenhouse near Patagonia, Morris said.

The Canelo Hills south of Patagonia and the entire Sonoita area are hot spots for monarchs, she said, though they are found throughout the state, including Grand Canyon National Park. to read more go here: http://azstarnet.com/news/local/monarch-butterflies-a-steady-presence-in-arizona/article_efe1d0f4-78de-51a7-a173-00b3545be057.html